Chinese tech companies are helping the fight against the deadly CoronaVirus

by Anna Xiaoling
in Sci-Tech
Reading Time: 6 mins read
A A
0 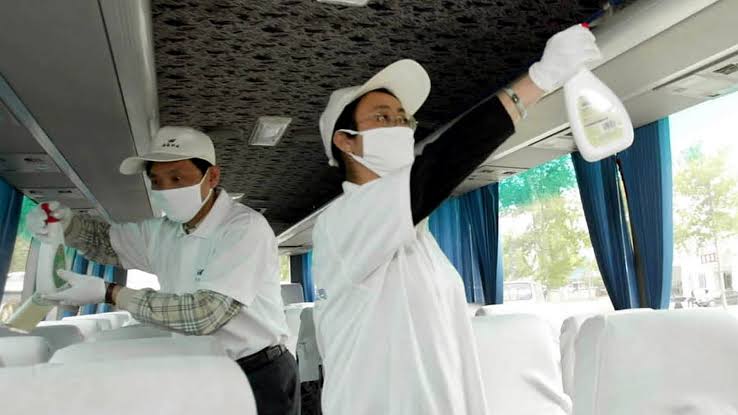 It mmight only have started just in China but the deadly CoronaVirus is a deadly disease which is similar to SARS epidemic which also started in China back in 2002. With about 830 cases of the CoronaVirus already being reported, there have been about 26 deaths from this.

In an effort to combat this epidemic which threatens the entire human populace, Chinese government have placed about 13 cities under an effective lockdown with transport restrictions which has placed a whopping 41 million people under a virtual quarantine.

Wuhan is the origin of the CoronaVirus and has been placed under serious lockdown with all major flights and other modes of transportation system being locked down. Meanwhile, its not just the Chinese government doing all the work. Chinese tech companies have also rallied around to help the government in battling this deadly disease to curb its spread around the country let alone around the world.

We’ve seen tech giants like Xiaomi, Meizu, WeChat, Douyin, Baidu and so forth taking tolling up their sleeves and getting the people educated and helping in battling the deadly virus.

What they’ve done will surprise you. This act of giving back to the people is a great way of showing gratitude and helping the people when the help is most needed. Meanwhile let’s examine what each Chinese tech company has done in order to help battle this deadly disease in China.

Xiaomi is helping by shipping out the N95 masks as well as Medical masks, Thermometers which are worth $43,200 to Wuhan’s epidemic control and prevention center.

Xiaomi shipped out the first batch of these items from various centers the night before the last and all these shipments are expected to have arrived at Wuhan. The company added on its Weibo platform that they are monitoring the epidemic’s status and will continue to allocate supplies to help out the city in this time of crisis.

Meizu might not be very big but they’re certainly helping out as well. The Chinese smartphone maker has come up with a $43,200 cash donation to the Wuhan city in order to fight against the deadly outbreak.

The Chinese tech giants hasn’t officially made any donation that we’ve heard of so far but the company is taking precautionary measures by postponing its HDC Cloud 2020 Developer Conference which had been scheduled to take place on the 11th and 12th of February to March 27 and 28. The venue for the event is Shenzhen, China which is over 1000 km away from Wuhan where the outbreak happened.

Big online retailers like Jd.com, Taobao, Suning have all announced they they would be freezing pieces of essential medical items on their platforms. These medical items includes item like masks and disinfectants.

Sellers of these items hiked the prices of their products when the news of the outbreak was reported. But these e-Retailers have decisided to step in and provide the medical supplies at a reasonable price point. Jd.com in particular has announced it will be donating about 1 million masks and another 60,000 medical supplies to Wuhan in batches.

The Chinese aviation regulatory body has made it known that Air travellers who have purchased their flight tickets before Jan. 24, 2020 can now get a free refunds. So it doesn’t matter from which airline or ticket sales agencies its being purchased from.

In fact, other airline companies such as Cathay Pacific, Hong Kong Airlines and Qantas Airways are all offering a free cancellation for tickets and booked flights either from or to the mainland China until the end of February. There’s an article published on Reuters to learn more about the flight cancellation and refunds.  Reuters article.

Douyin is the China’s version of TikTok and it has dedicated a page where it informs its users of the current state of things as far as the virus is concerned. There’s even a special effect called ‘Jiayou video effect‘ which is meant to offer support to medical staff as well as patients who are fighting the virus in Wuhan.

Aside that, online movie ticketing companies like Taopiaopiao and Maoyan are both offering an unconditional refunds for tickets which were booked between January 22nf and the first week of February in the city of Wuhan.

Aside that, there are about other six blockbuster movies which are being scheduled for theatre release this weekend but which have all been postponed.

There are even interesting movies such as “Lost in Russia” as well as “Awkward Mother” which are now premiering online all for free. The movies were made available to watch yesterday’s midnight in China via the movie studio online streaming platform.

Food delivery platforms like Meituan Dianping and Ele.me in China have both promised to continue its delivery services as it usually would during this period meanwhile, the companies have announced taking strict precautionary measures which includes the usage of masks as well as body temperature monitoring for its delivery drivers. But these platforms have also reportedly stopped delivering to hospitals.

Other Apps aren’t left out

WeChat has created a special map which it called “Fever Clinic” on which you can find where to go for a check up in over 14 cities in China. Some popular cities like Shanghai and Chengdu have over 100 listed clinics on the platform.

As for Baidu, the company has created an anti-pneumonia page on its application which gets updated regularly with relevant coronavirus related news in real-time. Also, the Baidu Maps shows the “Fever Clinics” the same way as WeChat.

But one of the best features of the Baidu Maps is the thermal heat map giving you a view of the busy streets in your area, in real-time. It’s an excellent way to identify crowded streets to avoid them.

China is a very large country with a huge population. The job of curbing the coronavirus in the country might not be easy for the government alone to perfect which is what makes it interesting and awesome that more tech companies are coming out and finding ways of helping to combat this virus.

As of now, there have been more than 839 cases reported so far and the Chinese government is very relentless while doing all it can to curb off the widespread of the CoronaVirus before becoming such a serious epidemic as the case of SARS back in 2002.