by John Wong
in Rumors
Reading Time: 2min read
A A
0 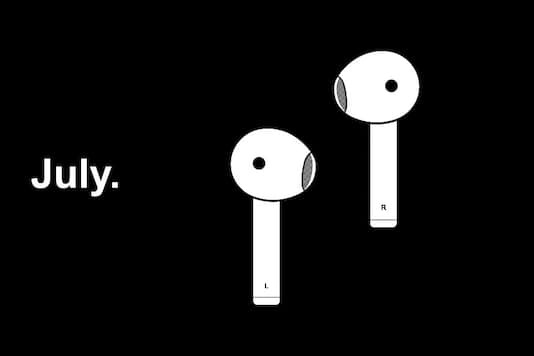 Apple own the majority of the wireless earbuds industry share but Apple’s AirPods aren’t the only True Wireless earbuds in the market as there are hundreds of others in the market promising to offer true and high fidelity audio quality for your listening pleasure. We’ve seen Huawei, Xiaomi and other smaller Chinese smartphone makers jumping on the TWS bandwagon.

OnePlus isn’t new in the game as well with the inclusion of its Bullet earbuds which was released with its new OnePlus 8 series of smartphones but the thing with the OnePlus Bullet earbuds is that they are wired together though they’re Bluetooth capable.

The company is said to be craving into producing an AirPods clone as well with high-quality audio system which shows how influential the AirPods has been since it’s first release with hundreds of company literally picking up the trend without any second thought whatsoever.

According to insider tip we gotten from Tipset Max J who shared the teaser which suggests what the OnePlus TWS earbuds will look like also tipped the release date to being July meanwhile that appears to be the same time the company is expected to unveil the OnePlus Z smartphone even though Max J would later on say this tip shouldn’t be taken so seriously.

Except that the unnamed earbuds looked quite similar to the AirPods, there is nothing else known about the device as far as the functionalities are concerned. But as usual, it will likely feature touch control system and some sensors as well as a nice audio system and the pricing might be lesser than its competitors but even though the industry is so saturated, there seems to be none of these earbuds makers standing out again but all are just following the footsteps of Apple.

OnePlus Nord got its first Open Beta update earlier this month which was the first OxygenOS 11 update based on the Android 11 OS. The Chinese smartphone maker has now...

The introduction of the OnePlus Buds Z makes a lot of sense as the Chinese tech company is trying to create its own ecosystem of appliances with its software just...

OnePlus 8T Concept is a smartphone with color a changing back

In a recent report from The Verge, a new OnePlus' concept smartphone design is a marveling design which actually changes in its color is said to likely make it to...

The release of the "T" series is usually to make up for the models released before them and that's exactly why the new OnePlus 8T is an interesting smartphone with...

A leaked render of the OnePlus 9 Pro surfaced online after it's said that the Chinese tech giant will release the next-gen OnePlus 9 series earlier than it usually would....

OnePlus 8T is a brilliant device with a great display, better battery and Snapdragon 865 chipset