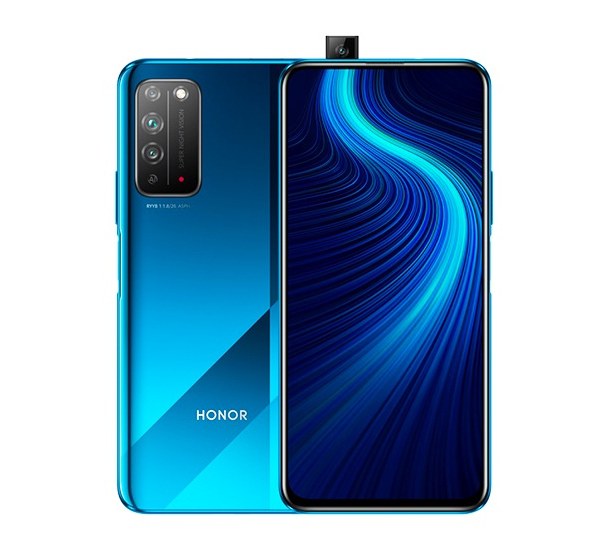 We’ve heard and seen numerous hints and tips about what the Honor X10 5G will look and feel like and not to our surprise though since the device was officially announced yesterday, it seems as though we’ve seen almost everything it is about the device already.

First was the screen which featured a crispy 6.6-inch LTPS IPS LCD capacitive touchscreen with 16M colors. Although I’m not entirely for IPS screens, those that always come with the Honor “X” devices are usually superb because they feature Full HD+ resolutions with millions of pixels to make up for the LCD technology. But with that said, the overall design specifications of the new Honor X10 5G is interesting for real and it maintains the “Honor” design aesthetics altogether.

Still on the design, the Honor X10 5G comes in a quad color option which includes Blue, Orange, Black, Silver. The camera module looks similar to the earlier released Honor 30s while the design of the back of the smartphone is really unique with a glossy finish. Protected by the company’s Aluminosilicate glass which is also on the front of the device protecting it’s large display while the side is built on Aluminum.

Motorized cameras are one of my favorite until companies are able to eventually place smartphone cameras right beneath the displays of their devices, until then, motorized pop-up cameras are the best. But one issue with this is that it’s not really trendy with high-end premium flagship device with majority of them always incorporating the hole-punch camera instead just as we’ve seen in the latest OnePlus 8 series, Galaxy S20 series, Huawei P40 series and even Xiaomi’s Mi 10 series. The up and coming iPhone 12 is even thought to still be using notches so those aren’t going away anytime soon. But enjoy the diversity of the front-facing selfie camera placement.

But much like other Honor and Huawei devices, they will not be sold in the US and some other countries and officially, this isn’t a global release just yet. The device is expected to hit the store by May 26th which is next week so you can grab one for about US$270 (based on our presumed approximations).