The Huawei P40 Pro+ is slightly more expensive than the P40 Pro model making it the highgest in the series but quite disappointing as for the price considering the fact that nothing much really changed between the device and the “ordinary Pro” model. It finally gets released and feature interesting hardware specifications that makes it an interesting smartphone for those that want an high valued device in high grade.

But this device isn’t just about the camera system alone, the big side includes the new design and hardware upgrade from the previous model. The device though lacks the headphone as expected has a single bottom speaker grille which fires good audio quality and the “Overflown display” which is really immersive thanks to the smaller 6.58-inch OLED display.

As for the security, this device features both the ToF Depth sensor which allows for more front facing face unlock and then a bigger under display fingerprint scanner which is also another good thing about the smartphone.

The operating system which is where the device has a hiccup, it runs on the AOSP 10 (Android Open Source Project) with the EMUI (Emotion UI) 10.1 built right on top of it. While that might not sound interesting, Huawei had tried to incorporate the AOSP into its system by making the Huawei Mobile Service or HMS which is meant to replace the Google Moble Service or GMS making the device fall more under the control of Huawei in terms of the software maintenance and so forth.

Overall, the device is really great and has interesting hardware features like the 8GB of RAM and 512GB of internal storage and comes in various color options such as Silver Frost, Blush Gold, Deep Sea Blue, Ice White, Black just the same as the base model, the P40 Pro with the difference just being the number of cameras as well as few hardware tweaks like the internal storage which isn’t very big of a deal. As for the pricing, this is more pricey costing a quite huge price tag as you know, the $1000USD club. Read more about specifications below. 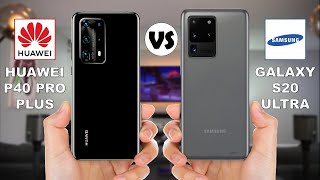 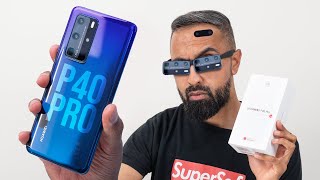