Cybertruck got featured in the GoldenEye 007 game

It's viral and polarizing at the same time

by Tad Leung
in Latest News
Reading Time: 2 mins read
A A
0 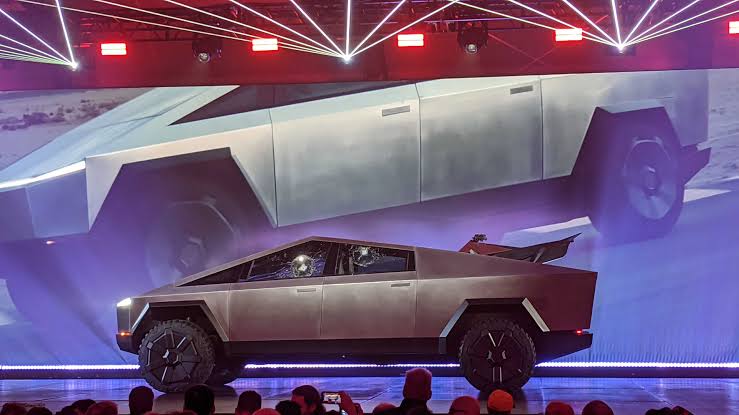 Some of us here at TirePost loved the Tesla Cybertruck based on it’s unique design aesthetics while others poke fun of the truck. People commented on the Cybertruck to look like a “Box on Wheel” or some grade 1 pupil drawing using a match box to trace the lines.

What’s more interesting is how viral the Cybertruck had grown and within just a week, Elon Musk announced the truck had had more than 250k orders which are meant to be shipped by the year 2021. As polarizing as the truck is, it’s definitely something most of us want to try out and drive out right in the public to raise some eyebrows.

A YouTube named Graslu00 had uploaded a video of the Tesla Cybertruck in the 1997 N64 classic GoldenEYe 007. The video showed a blocky looking Elon Musk who offered James Bond his Cybertruck which looks spot-on in the edited game. James Bond accepted the car and rode it through the street of St. Petersburg.

One interesting thing and obviously thing about the Tesla Cybertruck is how much it looked like a truck extracted from some movie prop of video game as it appear very sci-fi in design and futuristic. Elon Musk made it known in a tweet while the Cybertruck was being unveiled that the design was partly influenced by the Lotus Esprit S1 which was used in the movie.

Shortage in the production of Semiconductors affects car manufacturing in China

The shortage in the global production of semiconductors is also hitting the Chinese auto market due to the bad impacts of the COVID-19 pandemic. With this development, automakers needs to...

A downgrade of the original M2

The AOHi MAGCUBE 30W is a tiny ultra-fast charging brick

Good for those whose smartphones doesn't come with a charger out of the box.

A way Ford is trying to treat its customers as a family.

Don't be surprised if the EV truck isn't on for production this year.