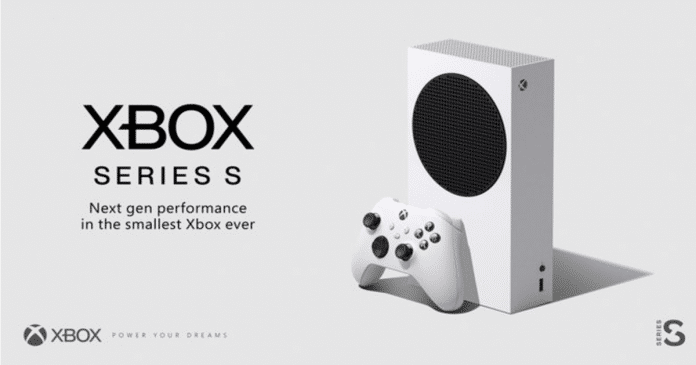 Latest about the XBox Series S according to revelations from the YouTuber Brad Sams on Monday is that the game console will basically be the lite version of the next-generation XBox Series X which will have a much more feature and cost much more.

But for the Xbox Series S, it will cost about US$299 according to him but his speculations has also been confirmed by Microsoft along with the release date expected to being the 10th of November.

The lite game console will have some cool specifications such as 512GB of internal storage as well as target 120 FPS at up to 1,440p and have support for ray tracing variable rate shading and variable refresh rate. It’ll also offer 4K up-scaling for games and offer support for 4K media streaming.

Microsoft announces the price for XBox Series S and Series X, what’s next for Sony’s PlayStation 5

Our first look at the Microsoft Surface Duo

The pricing in the UK is also £249 based on reports from the XBox UK while the price in Australia is unavailable but straight up conversion from the USD puts the price at about AU$420.

“Next-gen performance in the smallest Xbox ever,” read a tweet from Xbox alongside the photo. The shot shows the Series S with a controller for scale. More features, the tweet promised, will be announced soon.

Rumors about the digital-only version of the XBox Series X has been in the news for quite a while now and it’s been rumored as being codenamed the “Project Lockhart.”

But the attention that both the XBox Series Z and the PlayStation 5 have garnered have distorted views about when the lite version of the former will be released or the prices of both game consoles.

But the attention that both the XBox Series Z and the PlayStation 5 have garnered have distorted views about when the lite version of the former will be released or the prices of both game consoles.

YouTuber Brad Sam further showed images of the XBox Series X and Series S in comparison but reports from Windows Central confirmed that both game consoles will be released on Nov. 10, but Microsoft only confirmed that the Series S will be out that day. The “more powerful” Xbox Series X will cost $499, according to that report, but this wasn’t confirmed by Xbox.

Separately, leaker WalkingCat tweeted an apparent Series S promo video revealing some of the console’s specs, but it didn’t include a release date like the official Microsoft version of the video.

The source of Sam’s leak has been speculated to being via Microsoft itself which could be true to some point or not. It doesn’t matter. But the price point of the device seems good enough as it might be a good alternative for buyers who’d prefer the much cheaper version of the game rather than the much powerful console.