What’s really the difference between the Apple Watch 6 and Watch SE?

Is Watch Series 6 or Watch SE even worth the upgrade?

The next-gen Apple Watch, the Watch Series 6 made it’s debut along with an array of other interesting Apple products back in Sept. 15th and it was met largely with positive reviews but that day, Apple also did released another device, a Smartwatch but this time, a lesser version of the Watch 6, Watch SE which is meant to be the budget friendly Apple watch in 2020.

For a fact, the Apple Watch 6 is the best smartwatch in the market right now but it costs a premium price tag. There are some quality to that which includes an array of interesting features baked into the software of the WatchOS 7 released on September 16th for compatible devices but then what about the users who are just not ready to chunk out US$499 on a smartwatch.

he Apple Watch SE comes at a time of economy difficulties around the world. This time Apple had also released a much affordable smartphone earlier on this year back in May, the iPhone SE which is much like an updated iPhone 8 back in 2017.

The same with the Watch SE which kind of seems like the Apple Watch series 4 in a better body and hardware. With the Apple Watch being your best health tracking device as well as other important tools possible, you can believe it when I say it’s definitely worth the price if you think about it.

For those concerned about their health and the COVID-19 pandemic whereby tracking their blood oxygen level, this is definitely the best device which you’ll be paying a premium price for to own.

As mentioned above, the Watch SE sports some incredible perks but lacks other premium features as well. If you’re not willing to pay the premium asking price for the Watch 6 but rather prefer the Watch SE, you’re definitely getting no Always-on display capabilities, no ECG or blood oxygen level sensor but you’re still getting the Watch 6-grade heart rate monitor, always-on altimeter and irregular heartbeat alerts all for US$279.

Putting that beside the likes of the Amazfit Verge or Stratos Pace, you’ll be shocked how much the Watch SE has to offer. Even though Apple did call this a mid-tier device, it’s definitely the upper mid-tier smartwatch which you can count on.

Why the Apple Watch Series 6 is the coolest yet

Trying on the Apple Watch 6 from a Watch 4 perspective, you can see and feel the cool improvements on this device. Aside the fact that Apple never fail in it’s year-on-year improvement on its hardware majorly via the software updates and better hardware designs even though it might appear much like the older version, the device still feels great.

The new Watch 6 sports a better OLED display which is larger and much brighter than the previous version sporting the 44mm cellular technology as well as the Always-on capability which although do have some impacts on the device’s battery longevity.

The display brightness gets up to about 500 nits which is an increase over the previous Series 5 model. There are also of course new watch faces which comes with the device and newer features through applications and Apple services for those who are more about tracking their fitness or doing morning workout routines.

Hands on with the Apple Watch and you just want to test out the blood oxygen level feature first. Apple made it known that the SpO2 is not a diagnostic tool much like the ECG back then but its much designed to work better with the current time we live in.

Scientists noted that when there is a suppression in blood oxygen level, that could be a sign that the body is fighting off an infection or that the blood isn’t being pumped at the rate which it should be. With that, measuring your blood oxygen level with the Watch 6, numbers like 95% to 99% is considered to being normal and also the time you need for the reading is just 15 seconds which takes less time to figure out.

The Apple Watch 6 comes in different colors and one of the cool colors that I (subjectively) love is the Blue aluminum which sort of has some matte finishes to it though it will still dim indoor light when shinning on it even though it glows right under better lighting conditions like when there is sunshine and so forth.

And not to forget that the Watch Series 6 is like the peak of Apple smartwatches as it sports a number of interesting features which includes the S6 SiP chip which is meant to enhance the device’s performance and efficiency by more than 20% and then there is a new 5Ghz Wi-Fi chip which enhance it’s connectivity performance and then the U1 ultra wideband chip which is meant to help in device-to-device communication and precise location awareness (you might have seen that in the iPhone 11) There is also an always-on altimeter.

It also fast charges via the USB-A to magnetic puck charger which Apple seems to have stuck with since 2015 except this time around, it got 30% faster than the previous generation which reduces the overall charging time from 150 minutes to just 90 minutes.

Then there is the WatchOS 7 which allows you to track the device and also an array of Apple services such as the Fitness+ which is a paid to use service.

Then the Apple Watch SE

Some said the “SE” meant Special Edition and while Apple’s own special edition isn’t necessarily a cranked up version of it’s device (like Galaxy Note 20 Ultra) The Watch SE is a trimmed down version of the Watch 6 which is US$199 more expensive.

That gets you some extra cool features but the device in itself doesn’t suck. The Watch SE glows up the glory of the Watch 3 with newer technologies including coming on with the WatchOS 7 software onboard. There is also the cool display with a much better user experience on this thing but I wouldn’t expect less from a 2020 device.

There isn’t much to write about the Watch SE until we review it meanwhile you should take note that among the incredible features you’ll get when you upgrade includes louder speaker, support for Family Setup functionality, a better safety feature including fall detection and the always-on altimeter which is spotted on the Watch Series 6.

Maybe Apple did intentionally omitted the always-on feature on the device for a purpose but this was one of the cool thing about the previous Watch 5 which made it surpass the Watch 4. But if you don’t mind all those loss including the absence of the Blood oxygen level sensor, then the Watch SE will be great for those coming from the previously older models like the Watch 2 or Watch 3.

How the WatchOS 7 comes in

The new WatchOS 7 spices up the new smartwatches with some incredible software updates, new applications and features which are overall interesting.

Although much of the new upgrades tot he WatchOS 7 isn’t as massive as the new iOS 14 or iPadOS 14 which brings a whole new level and tweaks to the overall look and feel of the device, there are some cool things you get with the WatchOS 7 which makes it perfect for the newest Watch 6 and Watch SE after all, Apple makes it’s software well synced up with the hardware right?

Some of the cool inclusion to the new software includes the new Fitness+ which is a well customized to suite your needs. This period whereby there are lots of people working remotely from the comfort of their homes in fear of the COVID-19 pandemic, this meant that you can track your fitness and see your progress from your wrist while at home.

You get customized and high-quality filmed classes in myriad categories, including indoor cycling, yoga, strength training, HIIT, rowing, dance, treadmill, and more. I haven’t been able to try Fitness+ just yet, but I’m excited for the prospect of having these curated experiences but there is the Apple One Premier plan where to get to pay for everything altogether.

The answer to this will depend on what you want. For someone who wants a much more better health tracking device which obviously includes the new blood oxygen level sensor, you definitely want something this good from the device (Watch Series 6).

While it definitely costs money to own one, you can think about the Watch SE if you’re an olden user of the Series 2 or 3. The new upgrades offer you some of the best and interesting features you can expect from a true premium device like these ones.

The addition of a blood oxygen sensor is just the latest example of the company skating to where the puck is going, and additional color and material options like red and blue aluminum, or graphite and gold stainless steel, prove that design is still a core focus.

Lastly, the fact that Apple Watch series is the best in the wearable industry is something that you should take note of and therefore shouldn’t mind the switch or the upgrade as you’re getting a high quality device all in all. 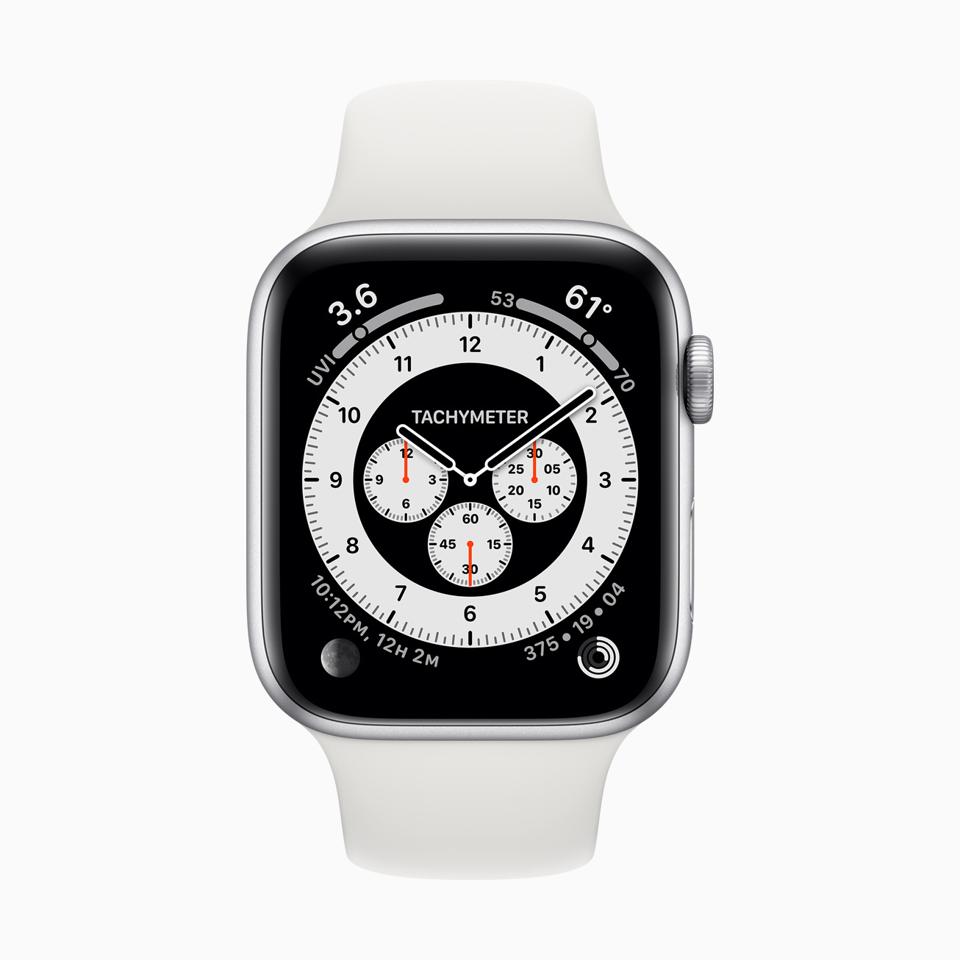 ADVERTISEMENT
DON’T MISS OUT AGAIN!
Get all the latest about tech trends in your mailbox every morning
By signing up, you agree to BRUMPOST Terms of Use and acknowledge the data practices in our Privacy Policy. You may unsubscribe at any time.
Tags: AppleFeatured

There have been a number of rumors flying around the cyberspace that Apple might be reinventing the wheels on the MagSafe for its MacBook line which is a polarizing news...

How to use MagSafe on your iPhone 11 and Older models