by Vonci Gigi
in The Bargainer
Reading Time: 2min read
A A
0

This is an ultimate rugged smartphone and one of the best in the year 2020 offering that toughened durability you’d expect from a device of it’s status. Though affordable, that doesn’t dwindle it’s capacity and it’s feature which also includes the boldened look and feel that sets it aside from the rest of the pack. 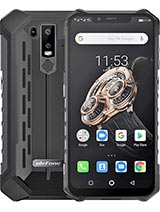 The Ulefone Armor 6S 4G derives its power from the Helio P70 octa-core chipset clocking 2.1GHz and supports 6GB of RAM and 128GB of internal storage which can be expanded to about 256GB via an external TF card. It also runs the Android 9.0 which might be a turn off to some but that shouldn’t be an issue considering the fact that it was released a year before.

Other cool things about the Ulefome Armor 6S includes sporting a 16MP primary sensor coupled with another 8MP rear camera with a big 5,000mAh Li-Po battery and definitely certified IP68 and IP69K which makes it water and dust resistant hence a toughened rugged smartphone.

The battery gives you enough juice that can last through the whole day and the device’s capacity is much more powerful in many aspects which includes falling off and still standing compared to your traditional smartphone that will likely get shattered with such harsh trauma.

Yeah, the rugged Ulefone Armor X5 with a nice 5.5-inch display is currently being offered with a big 53% discount off it's original price which is a big plus if...

The Ulefone Armor 7 is a “Ruggedly” great smartphone

Why you should get the Ulefone Amor 7E

Ulefone as we all know makes really rugged smartphones and that seems to be a great niche for the company considering how good they handle ruggedness with style. Different smartphones...