by Anna Xiaoling
in Sci-Tech
Reading Time: 3min read
A A
0 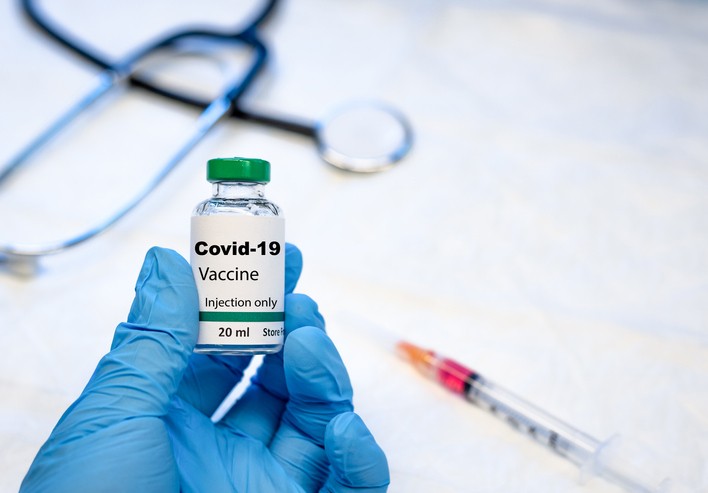 Earlier we spoke about the British Government starting the roll out of the COVID-19 which is seen as an historic moment but the Britain’s medicine regulator has warned that people with a history of significant allergies should avoid the Pfizer-BioNTech’s COVID-19 vaccine after it’s being reported that two people had adverse reactions on to the medication just on the first day of the rollout.

The Health Secretary Matt Hancock had stated earlier that the country’s main priority right now on the immunization list are the elderly and healthcare workers who are constantly on the frontline battling it out against the coronavirus.

Also the National Health Service medical director Stephen Powis stated that the advice has changed after two NHS workers reported anaphylactoid reactions which is said have been associated with receiving the vaccine. These two were among the thousands that got their shots on Tuesday.

“Both are recovering well.”

According to the MHRA, it would seek out further information and investigate as a matter of priority while Pfizer and BioNTech stated they were supporting the MHRA’s investigation.

Last week Britain’s Medicines and Healthcare products Regulatory Agency (MHRA) became the first in the world to approve the vaccine, developed by Germany’s BioNTech and Pfizer, while the U.S. Food and Drug Administration (FDA) and European Medicines Agency (EMA) continue to assess the data.

“Last evening, we were looking at two case reports of allergic reactions. We know from the very extensive clinical trials that this wasn’t a feature,” MHRA Chief Executive June Raine told lawmakers.

The pharmaceutical giant Pfizer said people with history of severe adverse allergic reaction to vaccines or the candidate’s ingredients were excluded from their late stage trials which is said to be reflected in the MHRA’s emergency approval protocol.

The new MHRA guidance, sent out to health professionals, said a much broader segment should not take the vaccine.

“Any person with a history of a significant allergic reaction to a vaccine, medicine or food (such as previous history of anaphylactoid reaction or those who have been advised to carry an adrenaline autoinjector) should not receive the Pfizer BioNtech vaccine,” it said.

It also made it known that resuscitation facilities should be made available for all vaccinations. With Britain rolling out it’s first batch of vaccine to people over the age of 80 as well as those in care homes, careers and health staff, its worth noting that food allergies are less common in older people and both reactions happened in health workers who are much younger than the elderly.

“Severe allergic reactions to vaccines are unusual but staff administering vaccines are always trained and equipped to deal with them in the event they occur,” Adam Finn, professor of paediatrics at the University of Bristol, said, adding the advice was a “sensible” precaution until more experience with the vaccine was gathered.

In the United States, the Food and Drug Association (FDA) on Tuesday released documents in preparation for an advisory committee meeting on Thursday saying that Pfizer vaccine’s efficacy and safety data met its expectations for authorization.

According to the briefing documents, it’s worth noting that only 0.63% of people in the vaccine group and 0.51% in the placebo group reported possible allergic reactions in trials which Peter Openshaw, Professor of Experimental Medicine at Imperial College London, said was a very small number.

“The fact that we know so soon about these two allergic reactions and that the regulator has acted on this to issue precautionary advice shows that this monitoring system is working well,” he said.

The outcome of the Thursday meeting will determine how the United States will approach the vaccine considering the fact that new cases of the COVID-19 pandemic is on the rise in the United States alone with million of cases reported till date while some regions have enforced 2nd-wave lockdown measures.

A new report from the Office for National Statics (ONS) in the UK has it that more than 100,000 jobs have been created in the tech industry since the beginning...

COVID-19: Brazil to vaccinate an entire city in hope to flatten the curve

Health Experts thinks that COVID-19 will become an endemic illness

Is the Temperature Scanners helping the fight against the COVID-19?

The usage f infrared thermometers is common but it's flawed

About 1000 selected personnel will be getting one of these

Due to the inadequacy in proper genetic sequencing of the coronavirus, it's hard to pinpoint accurately the number of reinfections out of the overall positive COVID-19 cases reported