Xiaomi is back again with another flagship killer. It’s obvious this Chinese company wants to take life out of the newly released Galaxy S20 Series. Considering the fact that the new Mi 10 Pro 5G has what it takes to compete as well by offering high-spec device which comes at a mid-range price tag. If you consider the fact that the new Mi 10 Pro 5G also has the large 108MP sensor found on the Galaxy S20 Ultra, well, this isn’t the first time Xiaomi will be performing this magic because they once did it last year with the Mi Note 10.

The device comes in various colors and offers a powerful Non-removable Li-Po 4500 mAh battery which has reverse wireless charging capabilities as well as fat charging wirelessly up to about 30W despite so much specifications, the device sells for just $660 USD. 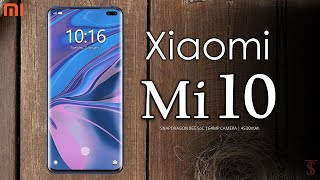