Although launched alongside a much better contender, the iPhone 8 is an outstanding smartphone which Apple announced back in 2017. With awesome features such as great camera, the glass back with the oleophobic coating that helps in resisting against scratches and even the LCD Retina display.

The iPhone 8 had come a long way since the original iPhone in 2007 and the smartphone continues to be one of the most selling smartphones in this decade. While the iPhone X is a definite contender which might take out the iPhone 8 away from the market, the current market value price of the iPhone 8 makes it a good deal for those who still want to enjoy amazing technology in the 21st century.

While there are some trimmed down specifications of the iPhone 8 which of course is disappointing in many respect, that sort of placed the device in the mid-range level just as Apple placed a $1000 mark on the iPhone X which seems to be the flagship of the company.

The resemblance of the iPhone 8 and it’s predecessor, the iPhone 7 is really visible which makes some customers grumble. The placement of the rear camera seems to be the only quick noticeable difference between both devices and also the glass back compared to the aluminium back of the older iPhone 7. 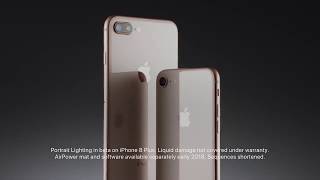