The Huawei Mate 30 RS Porsche Design is interestingly beautiful and feels very premium and sturdy when held in the hand. Aside being the much expensive one of the entire Mate 30 Series released last September, 2019, it’s still a well feature-rich device with tons of add-ons that makes it a device anyone who wants to flaunt their wealth needs to get.

While basically most of it’s power comes from it’s look I mean the leather back design and the glossy Gorilla Glass 6 on the display protects the device well from crazy dusts and makes it water resistant as well.

Huawei had it rough last year when it got blacklisted by the US government which listed it as an entity due to security threats it might pose to the American citizens and government officials in general.

The ban also led to Huawei losing it’s Android license as well as others. Well, the Huawei Mate 30 RS Porsche Design doesn’t officially launch with a proper Android OS which is supported constantly by Google for updated security patches. Despite the company working on it’s own Operating system it called Harmony OS which was meant to be a universal operating system that will enhance IoT whereby powering smart cars, phones, home appliances and even cities. Yeah Huawei is smart but that isn’t yet on it’s way any moment soon even though there were lots of buzz around this news last year.

Anyway, that didn’t put down the Mate 30 RS Porsche Design in any form especially as far as the hardware is concerned. It sports an awesome design even though it has a quite wide notch, it’s not as large as though on the iPhone 11 series. While having a more powerful Hardware that’s capable of 5G network, the 5G Network infrastructure is why Huawei got axed in the first place. That made this a much expensive version of the normal Mate 30 Pro 5G.

The side is where much of it’s wonders happens especially with the introduction of the so-called “Waterfall display” which is a wrapped out screen around the sides of the device. Unlike the Galaxy Note 10 Plus, the Huawei Mate 30 Pro 5G’s display wraps 90% of the sides which displaced the volume rocker Huawei called it a Dynamic display. But Huawei innovated a better way which includes the haptic double-tapping of the side of the device to wake the volume using the same side of the screen as though you’re using a real volume rocker.

All that aside, the awesome 6.53-Inches OLED display offers amazing display which is obviously great and immersive for whatever is thrown at it. The 8GB RAM coupled with it’s 128GB gives the device all the power it needs to withstand whatever task thrown at it.

But where is Google Play services which is like the life of Android Operating systems. AT least most Android users have a Google account synced with their GMail, YouTube and so forth. The fact that you won’t be able to use this makes the device deficient of the essentials it needs. 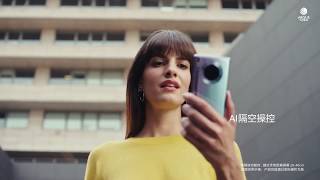