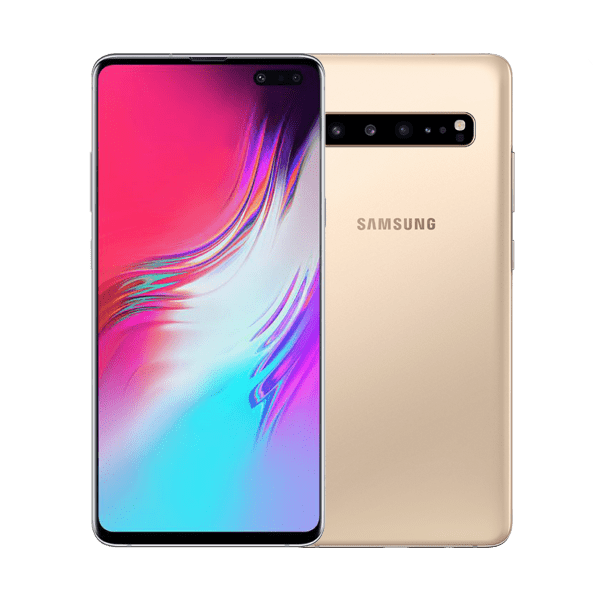 5G network might not yet be a global phenomenon just yet but it’s definitely a big deal and this leap into the future as we start a new decade means smartphone companies needs to also innovate which is where the Samsung Galaxy S10 5G comes in. It’s definitely the high-end Galaxy S10-Series and offers absolutely great piece of specifications and hardware specifications that makes it even interesting for anyone that wants a device of high-caliber.

While priced about $1000, it’s packed with tons of features and usability that makes it interesting and price-worthy. You might have considered the other Galaxy Note 10 5G but this device unless you’re so obsessed with the Stylus Pen, is an awesome device which is all you need.

Powered by the Qualcomm’s SM8150 Snapdragon 855 (7 nm) for the USA/China variant while the Global based versions are powered by Samsung’s own Exynos 9820 (8 nm).

It definitely support the 3.5mm headphone jack which is a good thing for those that have been clamouring for it in modern smartphones. The device also is well designed with Gorilla Glass 6 protecting it’s 6.7-Inch Dynamic AMOLED capacitive touchscreen, with 16M colors having a resolution of 1440 x 3040 pixels, 19:9 ratio (~502 ppi density) which is very cool although not as big as that of the Galaxy S10 plus which has a 522 PPI density.

Powering this device is a 4500 mAh Li-Ion battery capable of lasting you for hours upon hours of continuous usage. It also support wireless and reverse charging just as the rest of the Galaxy S10 series and it has high-end technology and specifications which means it won’t get too hot while trying to work over 5G network.