by Anna Xiaoling
in Sci-Tech
Reading Time: 2min read
A A
0 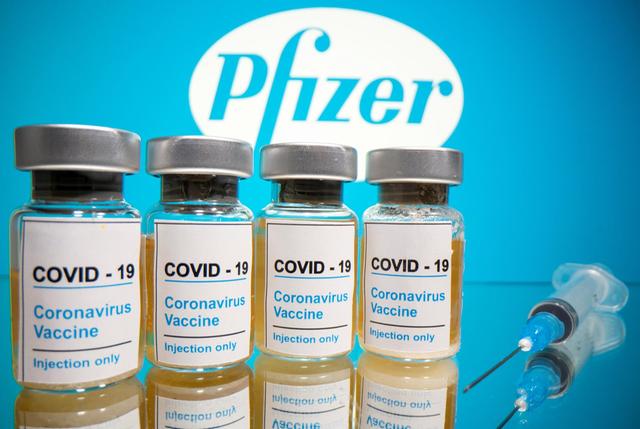 The good news about the COVID-19 pandemic is that a vaccine developed by Pfizer alongside its partner BioNTech has shown signs of being effective according to the company’s announcement on Monday.

According to analysis made by independent third-party committee which was tasked to check the results of the trial, they were able to find out that the final result is very promising which could help in the future production of a mass production of vaccination to be used in tackling the deadly coronavirus.

The candidate of Pfizer and BioNTech vaccine is an mRNA-based vaccine which is based on newer technology that different companies are working towards to solve the COVID-19 crisis. One of the reason for this is based on its advantages in terms of its pace of development as well as its potential efficacy.

These results from the test were based on an equable case total of 94 confirmed COVID-19 cases among study participants – passing the minimum threshold agreed to by the companies and the FDA of 62 confirmed cases for a proper, scientifically rigorous assessment.

During the Phase 3 trial, some 43,358 participants where involved and Pfizer stated that there were “no serious safety concerns observed” so far in terms of the addition to the positive prevention rate.

According to the previous data, those who received the vaccines were protected at 28 days after their first dos and the vaccine uses a two-dose process.

Meanwhile additional safety testing as well as continued studies which is meant to guide the development of the vaccines are still ongoing and the estimated period for this is said to span across the period of two months of safety data which is what the FDA requires for Emergency Use Authority.

Participants will continue to be monitored for two full years even after they receive their second and final dose just to be sure about the long-term effects of the vaccine.

Another thing worth noting is the fact that the trial will still require the need to undergo peer-review by other researchers and scientific publications. To say the least, this is a good news about the development of a vaccine to help combat the coronavirus.

Toxicologists in the United States have stated their concerns over the use of home-made remedies as treatment for the COVID-19 illness as more reports of people getting poisoned as they...

A new report from the Office for National Statics (ONS) in the UK has it that more than 100,000 jobs have been created in the tech industry since the beginning...

COVID-19: Brazil to vaccinate an entire city in hope to flatten the curve

Health Experts thinks that COVID-19 will become an endemic illness

Is the Temperature Scanners helping the fight against the COVID-19?

The usage f infrared thermometers is common but it's flawed

About 1000 selected personnel will be getting one of these