by John Wong
in Gears & Gadgets
Reading Time: 2min read
A A
0 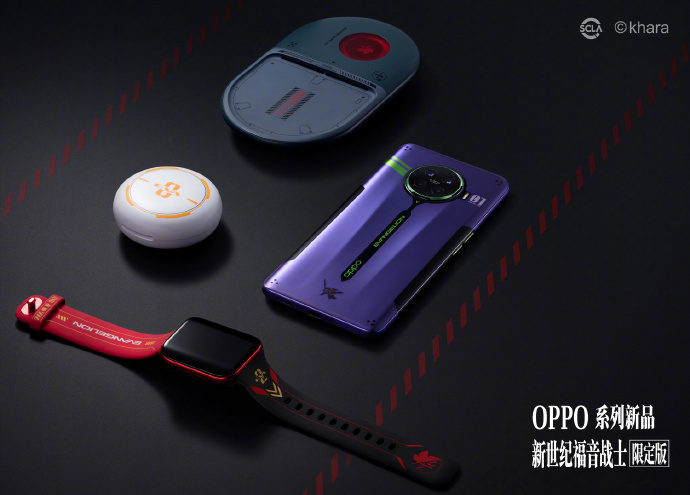 OPPO Ace 2 EVA Edition just got announced officially and the device also gets released with a number of nice accessories which are based around the iconic Anime Series Neon Genesis Evangelion. The OPPO Ace2 EVA Edition looks similar to the original Ace 2 just that it sports some unique design aesthetics based around the anime as well as featuring the iconic color scheme of the series which includes an interesting purple design and stripes.

Apart from that, the design is extended onto the protective case which is also released along with the device and one other nice thing is the device’s easter egg-ish box which looks like a pill.

Apart from the smartphone with it’s interesting designs, Oppo also released interesting Limited Edition products which includes the Enco W31 TWS earbuds, Oppo Air VOOC wireless charger, Oppo Watch and a new EVA Band. These products all sport unique aesthetics based around the show and are also available in limited quantities just in case you want to get yourself one. The Oppo Ace2 EVA Edition is priced at CN¥4,399 (roughly $614) and only has 10,000 units available.

As for the OPPO Enco W31 TWS eabuds, the price is about CN¥ 399 (US$55) while the Oppo Watch and Air VOOC Wireless Charger is expected to be sold for CN¥ 2,199 and CN¥ 299 (US$307 and US$41 respectively). The price of the new EVA-themed band isn’t yet announced for those interested while the entire lineup of EVA Edition products goes on sale on 1st June 2020 and you can click on the link here.

Is this the next-gen Oppo Find X3 series?

Oppo is celebrating it's 25th anniversary of Neon Genesis Evangelion anime and so it's launching a number of limited-edition products to commemorate this season. Among those products is the new...

IDC, the popular research firm in its recent publishing has released data which showed performance of the Indian smartphone market in the first quarter of the year 2020 which showed...

Oppo never failed to impress as the company unveils two of its flagship smartphones for the year 2020, the Find X2 and Find X2 pro. You might have heard about...

OPPO Watch has what it takes to compete with others