Is Apple going back to Touch ID as new patent show 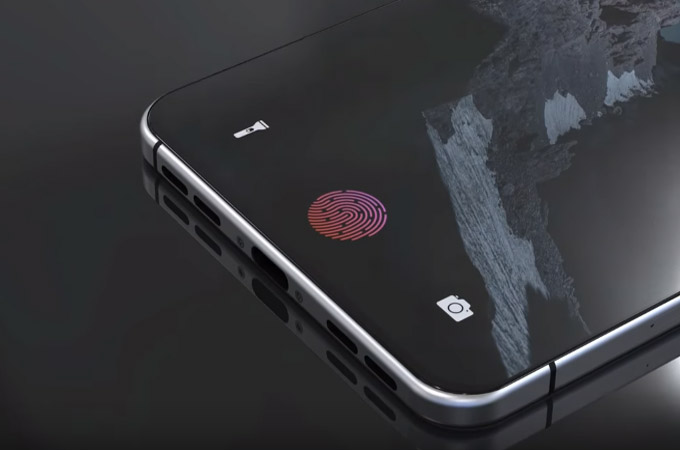 The release of the new iPhone 12 series was met with a general positive review as many poured out to swap their device for the new flagship which sport new design inspired by the older iPhone 4 and 5 back in the early days. But one thing in particular about this device which never changed is the huge notch which Apple had adopted since 2017.

While Android smartphone makers seems to have copied this trend, they’ve all moved past it as notches seems to be an ancient practice on Android smartphones in 2020 but Apple never stopped using this design but the reason for that is because the notch houses the device’s Face ID which is built with other facial recognition technology within the notch as well as the camera.

Touch ID was present on the iPhone SE 2020 which was released earlier on this year but because it has the large chin which houses the iconic Apple Home button something which is absent on iPhones since 2017.

The presence of those large components enclosed within the notch is why its still present till date. Meanwhile there were thoughts that the company will incorporate a Touch ID system within the iPhone 12 but we didn’t see it despite people needing it as it would help those who wear face mask to access their phone without needing to constantly type their numerous Pin to unlock their devices.

The recent report we got has it that Apple has been granted a patent for a next-gen Touch ID based on an Application which the company filed back in 2019. The technology uses infrared light technology that will be housed under the display.

That said, could it mean that the next iPhone 13 could oust the notch once and for all and probably incorporate a not-so-strong optical facial recognition technology (commonly found on Android devices) and then bring back the Touch ID but underneath the display.

One thing that made that news even more interesting is the fact that the company has recently moved all of its product lines to sport OLED panels unlike the 2019 iPhone 11 series whose “Pro” version were the ones that had the high-quality display.

Although there was a report we made earlier that LCD panels might soon be able to utilize under-display fingerprint but that’s probably in the far future which is more of the reason why Apple drifted away from it and embraced OLED displays on all of its iPhone 12 series.

Based on the patent, the primary element is the new optical imaging system that is able to emit a shortwave infrared light through the display then allow a photosensitive element to be configured in order to receive a reflection from the interface surface in order to map the image of the user’s fingers.

In the patent, there was an heavy emphasis being laid on the “Shortwave Infrared Light” making it the technology that the next-gen Touch-ID would be based on. This could be the next-gen phase which Apple is moving towards allowing the company to finally drop the notch probably in favor if hole-punch camera cut-out. There

Even though this is just a patent, the notch being ousted is one of the interesting thigs we’ll be glad to see on the next-gen iPhone 13 and that will give the company an entirely new look. But that could also be an end to the Face ID or maybe Apple could move things around the top bezels and maybe use a huge pill-shaped cutout like the one found on the Huawei Mate 40 Pro.

With new Macs out and the software upgrades, one of the cool things is that you can in fact install new fonts from Apple or third-party sources to enhance the...

Apple puts relationship with Pegatron on hold over labor condition

Apple’s A15 Bionic Chipset could use TSMC N5P manufacturing process