iPhone 9 is still real so far so good

by Phils Carlque
in Rumors
Reading Time: 4 mins read
A A
0 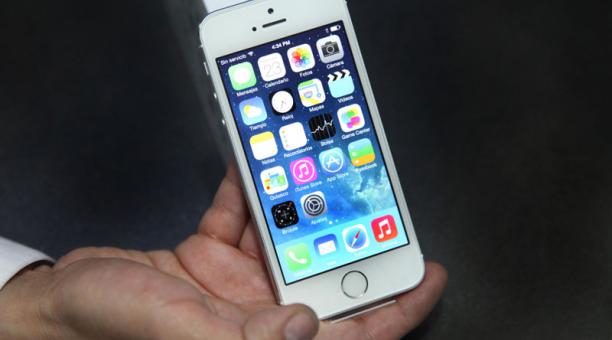 We’ve heard numerous reports about Apple planning the release of its budget-friendly iPhone SE2 which numerous sources have pointed out to be called iPhone 9 after the number was jumped to iPhone X back in 2017 when we last saw the normal iPhone 8 form factor that was substituted the notched iPhone X series till date.

But there isn’t any official statement from Apple about the IPhone SE2 while there is a rumored launch to take place by March, next month. While we can’t officially confirm the device just yet, we ant just shrug off the fact that case makers are already thinking I’d the device as being a real thing.

Bur that’s not the only big revelation happening this year. Let’s examine a couple of Apple news and what several patents which were obtained online showed about the iPhone and the next Apple Watch Series.

This is definitely not the first time we’ll be hearing about the iPhone SE2 as the first rumor came in last year when we reported about the leaks which showed Apple planning to bring back the iconic Home button and Touch ID back.

Now what’s even amazing is the fact that you can even pre-order the iPhone SE2 casing from e-retailers such as AliBaba and Amazon from the smartphone Case makers themselves.

There have been a long wait since 2017 for Apple to roll out the update for the 2016 model of the iPhone SE which is supposed to be a bridge between the expensive iPhones and affordable iPhones.

Case makers are showing serious optimism about the release of the device and despite reports about the coronavirus “Covid-19” rumored to disrupt the launching of the device, it seems the March schedule might be on point.

But what is even more amazing is that there is no official design out just yet and we don’t even know if it will be called iPhone 9 or SE2 or whatever.

Many media outlets speculated the name to be iPhone 9 because it shared similar features such as the good old small 4.7-inch display as well as the home button found in the iPhone 8 but with a much faster chip (the A13 chip that powers the current iPhone 12 lineup is the rumored processor).

What might be even more interesting about the new device is the inclusion of a “Plus” version according to  Digitimes.

The Plus version will have TouchID module on the power button so as to remove the unnecessarily large bezels at the top and bottom of the device as well as the home button but we don’t know what’s in stock than to keep our fingers crossed and expect Apple deliver the best this time around.

The Next Apple Watch Series might be a little different

There are reports of Apple filing a series of Apple Watch patents which gives more clues as to what the next Apple Watch Series might look like.

While the first patent was filed some 5 years ago, 2015 precisely which was now published this past week on Patently Apple this week, shows a TouchID-type sensor on the side surface of the digital crown.

The latest Watches (Series 4 and Series 5) already house an EKG sensor on the center digital crown, but at least for now, that information cannot be used as a form of biometric authentication on the watch. A fingerprint scanner would allow you to unlock the phone by rotating the crown. As of now the only way to unlock your Apple Watch now is via entering a passcode on the screen or by unlocking your iPhone.

But that’s not the only patent obtained. Others from previous years showed that Apple wants to invent cameras on the Apple Watch maybe it will be used tôt FaceTime or just the FaceID unlock which will be a much better substitute for the tiny passcode typed on the small device’s screen.

And then another patent filed this week with the US Patent and Trademark Office shows a modular Apple Watch with interchangeable sensors.

In the patent, its detailed that users can swap out the modules on their smartwatch to customize the watch for their individual needs. Considering the fact that everyone have different needs of the Apple Watch, this might be a great move as those seeking to use the device for health-related issues for example can swap in the sensor related to that as its essential fir monitoring issues such as blood pressure or glucose monitor.

But more news will definitely come forth before the rumored release date about both the iPhone 9/SE2 and the Apple Watch Series. We’ll keep you posted at all times so take the time to subscribe to our email list and get the latest news in full details everyday.

Apple has hammered it would stop signing the iOS 14.4