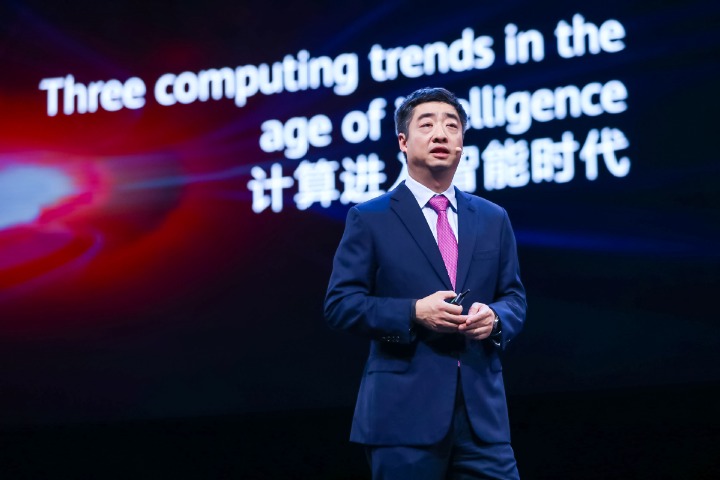 Huawei isn’t only making smartphones. The large Chinese telecom had unveiled its Atlass 900 which the claimed to be world fastest AI training cluster. The reason for this to help AI more readily available for different fields of scientific research and business innovation. The Atlass 900 was unveiled during the Huawei Connect 2019.

Atlas 900 combines the power of thousands of Ascend processors and takes only 59.8 seconds to train ResNet-50 for measuring AI training performance. This is 10 seconds faster than the previous world record.

Other importance of this technology as claimed by Huawei is bringing of new possibilities to different fields of scientific researches as well as business innovations and other areas like Astronomy, Weather forecast, Autonomous driving, Oil exploration and so on and so forth. The deployment of the Atlas 900 on Huawei Cloud was accessible to customers across different fields as a cluster service.

AI still not being liked by top tech professionals like Elon Musk but Huawei believes this project will reshape key areas and issues in the society from many industries across the globe.

The company also estimated that the next five years would emerge as the time whereby statistical computing would become mainstream while AI computing will account for more than the 80% of all computing power used around the whole world.

This made the focus of the Huawei’s AI research to be on four key points which includes the following:

Commenting on the company’s strategy, Ken Hu, Huawei’s Deputy Chairman said: “The future of computing is a massive market worth more than two trillion US dollars. We’ll keep investing with a strategy that focuses on four key areas. We will push the boundaries of architecture, invest in processors for all scenarios, keep clear business boundaries, and build an open ecosystem.”