If you don't want to deal with hurling multiple remotes around, then this short guide help you ditch your Chromecast physical remote control 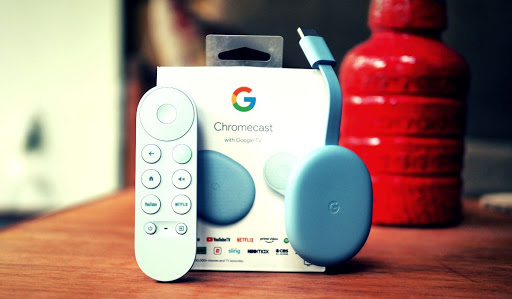 Yes it’s possible for you to control your Chromecast using Google TV on your iPhone, iPad or Android smartphone rather than using the remote control that comes with it.

So whatever it is that caused you to want this option, then read this short tutorial to the end where we’ll teach you how to use Google TV as Chromecast remote easily on any smartphone (Android/iOS).

But it’s worth noting that there are two approaches to achieving this. The first being through Google TV application or the alternative, Remote Android TV.

In order to achieve this, you need to firsts download the Android TV remote application on your smartphone (Note: available on both Android and iOS). If you already did that, the next thing is to launch the application and then grant it access to your network as well as agreeing to the service’s terms of service an other thing it requests.

Afterwards, the next thing you should see is a list of available devices on your network which you can control. The next thing to do is to tap on your Chromecast with Google TV.

With that, there will be a pop up on the Google TV application which you will enter into your phone and then click on the Pair button.

Afterwards, the remote gets connected and the interface will take on your smartphone’s display. Then you can tap on the D-pad which allows you to navigate the Google TV application interface.

Available keys include Home, Back, Play/Pause buttons all which can be used to control the media playback as if you’re using the physical remote control which comes packaged with the Chromecast hardware out of the box.

There is in fact a mic button that acts like the Google Assistant button so you can speak voice queries. Then there is the remote keyboard with which you can type in search query or maybe to enter your log-in credentials into services you’ve subscribed to.

There is also the ability to use your phone’s volume rockers to control the volume of your Chromecast all based on the Google TV application.

Remote Android TV is another option

There is the Remote Android TV which can be another alternative option to controlling your Chromecast which works on smartphones and tablets. The only downside to this application is just that it doesn’t work on iOS devices as the application is only made for Android users from Innovation Lab.

As you can see, smartphones seems to be taking over completely which is an interesting thing as you’re able to use your device for multiple things without any worries whatsoever. But whatever makes you want to ditch your Chromecast hardware remote for a software controlling system, then this post has just shown you that.

One of the big advantage of these applications is the fact that you don’t have to deal with keeping innumerable remote controls at your home. Imagine having remotes for everything from your TV to sound system, thermostat, vacuum cleaner etc, it’s definitely an easier approach which let you maximize the usability of your smartphone without dealing with numerous hardware in your home.

With pressures mounting around Google's mode of operation especially in Europe, the company had been called and fined many times as well as told to adjust its model to allow...

Google will reportedly paywall some features in its Photos application

How to enable Read Later feature in Google Chrome browser

US Government has filed anti-trust charges against Google