Honor launches a “Smart” standing fan with application for control

Another product aside from smartphone from the Chinese brand

by John Wong
in Gears & Gadgets
Reading Time: 2min read
A A
0 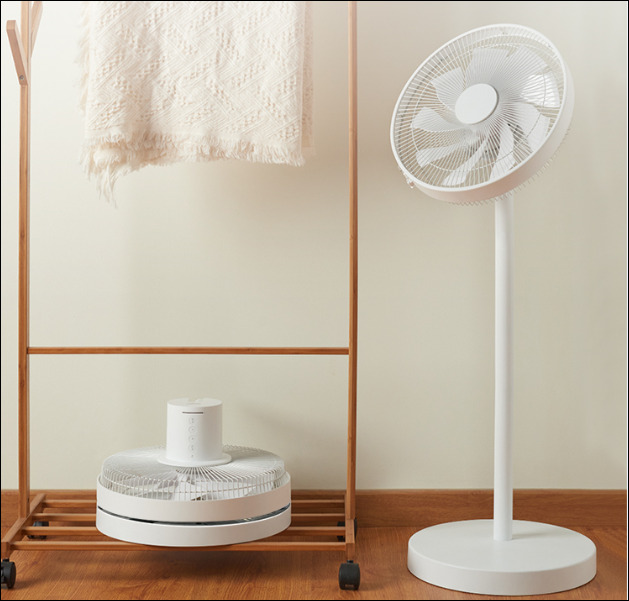 Xiaomi isn’t the “All-doing” company in China and Huawei doensn’t make only smartphones as the company is one of the biggest in telecommunication equipment worldwide as well as the frontier in the 5G band roll-out even though it’s facing serious bumps leading to it being banned from the US and current issues with Europe. But that’s for another time. The sub brand of the company, Honor has a new product, a smart natural wind fan which is now being crowdfunded for CN¥ 269 (US$ 38).

The new free-standing fan adds some qualities to it and it has a three-step assembly of the entire setup. It also feature interesting perks like DC frequency conversion. It utilizes a Japanese Minebea DC frequency motor which has lower power consumption and less operating noise compared to others. The low-end operating sound is as low as 22.2 decibels.

Unlike normal electric fans which only blow within short-range, the ultra-wide-angle natural natural wind fan can swing about 120 degree from right to left and can also be manually tilted up to 90 degree in which it can face only the ceiling directly and with its output, it can effectively accelerate indoor air circulation and balance the temperature of a room thanks to its nine-blades rotor.

The fan suctions air through the axial arrangement of the nine blades. The air is then uniformly dispersed in order to avoid the wind blowing straight hard on the user.

It is also very convenient to assemble. The body, pole, and base are integrated together, there are no spare parts, and it can be easily assembled in only 3 steps. Further, it comes with Huawei HiLink app support. The fan can be turned on and off as well as the speed increased or reduced using the app. There is also support for voice control.

TrendForce projects Honor to snap 2% of smartphone market by 2021

I don't know how possible this is but it's very possible especially with the news about Huawei offloading the brand to a Shenzhen tech company in order to help the...

What the sales of Honor by Huawei mean

Could leaving Huawei give Honor the opportunity to work again with Google?

Even though Huawei sold the Honor brand just this past week, its current devices are still likely being designed by Huawei and that is what prompted the question as to...

Honor which is known for making great smart products as well as being popularly known as the Huawei's subsidiary company has now being acquired by Zhixin New Information Technology Co....

Huawei might be having it really hard with the world especially the US right now but the company doesn't seem to be stopping at all as it's sub-brand, Honor has...

The Magic UI 3.1 was revealed earlier on this year and it's supposed to power up some of Honor devices and the roll out for global users is on the...