Though communication is still based on end-to-end encryption 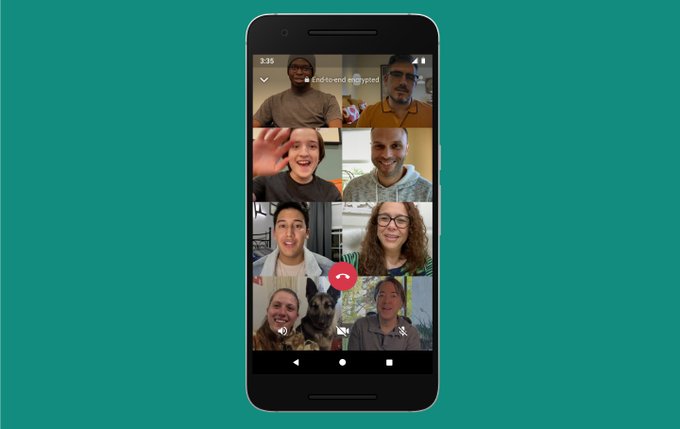 This might come in the wake of the COVID-19 pandemic but at least it’s a big improvement which WhatsApp, one of the biggest IM companies is adding up to their service which will now benefit both iPhone and Android phone users. The company is now rolling out the feature which will allow about 8 people to join a group call all at the same time which is cool right.

Though this feature isn’t entirely new on WhatsApp, but it’s new to regions where it wasn’t made available in the past so which makes it worldwide.

If you’re making a group call, now might be a good time to see how many people you can add. The updated version of WhatsApp is available for installation now and is a free download from the App Store.

Do you know how to edit your WhatsApp images? Here is how

This is How to use Any.do with WhatsApp

How to Read Deleted WhatsApp Messages on Your Android Smartphone

WhatsApp as usual makes communication end-to-end and encrypted which isn’t entirely done by all IM service platforms out there. Even Facebook which owns WhatsApp recently announced it won’t support encryption.

Alongside the increased number of group video chat participants, WhatsApp has also added some visual improvements for those running devices with iOS 13 installed.

Messenger Rooms will hold up to 50 people with no time limit so you can drop in and spend time with friends, family and people who share your interests. You can discover Rooms from your Facebook friends, Groups and Events at the top of News Feed. pic.twitter.com/Fmx2VPjmMX

And WhatsApp as we know it is free to download so you might want to upgrade your version at this moment from either the App store or Play Store. But then if you have updated but don’t yet see the increased video call count try again later.