Be quick we don't know how long

by Wendy Xi
in The Bargainer
Reading Time: 2min read
A A
0 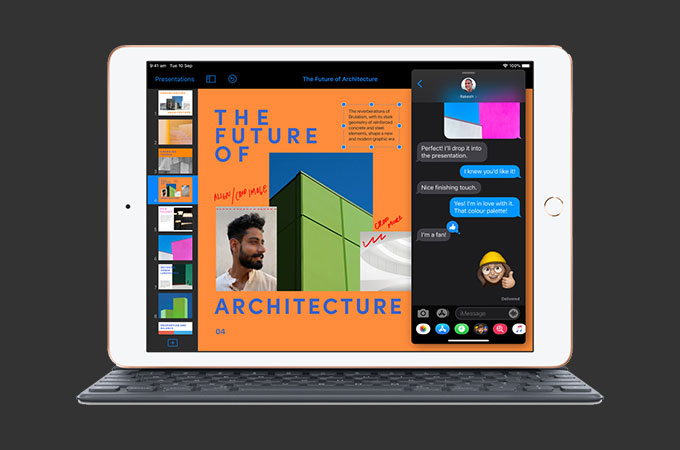 There is a new iPad 10.2-inch out on Amazon which is currently being offered for a little low price at US$249.99 and that might be surprising because it is. With the official pricing of the original iPad 10.2-inch selling around US$329, amazon is doing a slash-price promo with almost US$80 off if you’re quick to hit it. How long the deal is going to be isn’t yet known so if you have been longing to own an iPad for a while, this might just be the chance for that.

The deal also extends to all the three colors even though the Gold, Silver are out of stock which means people are really heading on to get one of these.

The 10.2-inch iPad comes with a Retina display, making sure that all of your games, websites, and FaceTime calls look as crisp as they can. The powerful Apple A10 Fusion chip helps out there, too, ensuring apps move at a fair old rate when you need.

Wi-Fi comes courtesy of the 802.11ac standard and you’ll be enjoying your content through a pair of stereo speakers. And depending on how you use your gadgets, the device might last you for about 10 hours while the standby could last much longer than that. Unless you’re aiming for the iPad Pro, you should really get one of these and at least grab the chance and opportunity.

While the world was waiting tirelessly for more accessories to be released, Anker has stepped forward to create the world's first "Magsafe" powerbank which latches on to the back on...

The iOS 14 continues to get more tweaks from Apple in an attempt to make the software better and handle tasks much more easily. The recent update to iOS 14.4...

Let's hope Apple doesn't rip out too many features this year

Apple reportedly attempted partnering with Nissan for its autonomous car

There was the news about Apple planning to work with South Korean car maker Hyundai and its sister company Kia to make its Apple Car but the Korean automaker made...