by Alfred Dune
in Latest News
Reading Time: 2 mins read
A A
0 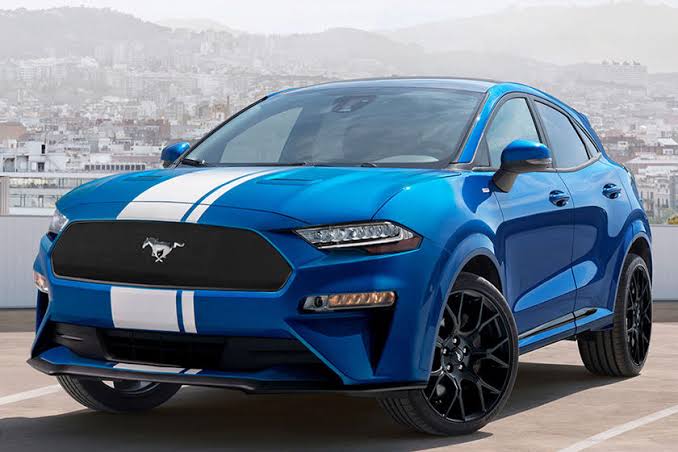 We wouldn’t have seen anything official until the 17th of November but that wait might have just be cut short as new spyshots revealed what the Ford Mustang-inspired EV Crossover would look like when finally out.

In the shots, nearly every details about the car can be noticed because of how thin the camouflage is. We can see practically everything there is to see in these photos, so take a long, hard look at the crossover coupe body style we’re dealing with.

Even despite the fact that the camouflage is trying its best to conceal lower trim flourishes, but we can still see some curved black plastic down below that looks production to us.

In the shots, the sides of the car couldn’t be well captured but the rear three-quarter shot still revealed the high likelihood of the car having more muscles body lines. It looks a lot like the body lines on the Mustang, leading into wide rear haunches. This all looks mighty Mustang-like from the side and rear quarter panel, and we dig it. As expected, the sloping roofline gives the crossover a strong crossover coupe appearance. That roof leads into an overhanging rear spoiler and an angled rear window.

Below the rear window is the most Mustang-esque feature of the whole vehicle. It has the same taillight design as the Mustang with its triple vertical element on both sides. From what we can tell, there are no fake exhaust tip elements down below, and the whole hatch is heavily sculpted for an aggressive design.

The car really enjoyed some awesome design aesthetics and the fact that it’s an EV is more interesting considering the super simple look of the car. The fact is the car isn’t 100% perfect in every sense. There could still be improvements in terms of it’s designs and all the necessary add-ons.

Shortage in the production of Semiconductors affects car manufacturing in China

The shortage in the global production of semiconductors is also hitting the Chinese auto market due to the bad impacts of the COVID-19 pandemic. With this development, automakers needs to...

A downgrade of the original M2

The AOHi MAGCUBE 30W is a tiny ultra-fast charging brick

Good for those whose smartphones doesn't come with a charger out of the box.

A way Ford is trying to treat its customers as a family.

Don't be surprised if the EV truck isn't on for production this year.