If you've been through Memoji on your iPhone, then this should come off as easy

by Eva Derika
in Culture
Reading Time: 2min read
A A
0 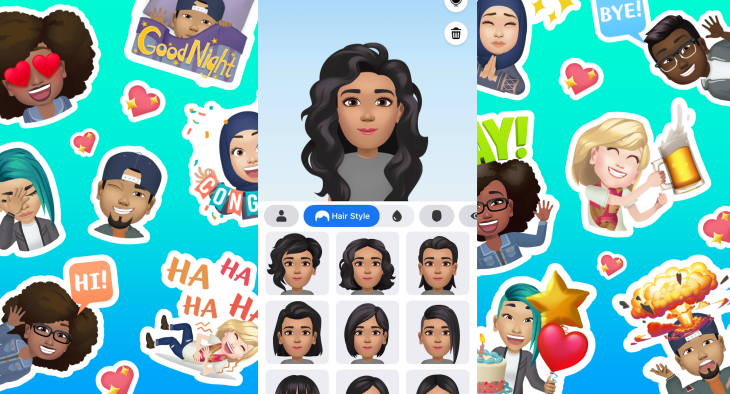 If you’re still using Facebook and you live in the US, then you have the privilege of enjoying the new customizable avatar system which works like the popular Bitmoji we’re somehow used to. Users can now make a version of themselves from this avatars (I meant create an avatar that looks like you) or anyone else. Facebook further added that this can be used in comments, stories, messengers and will eventually be usable in text posts with backgrounds.

The feature is finally rolling out to users in the United States right now, but was made internationally available since last year when it debuted in Australia in June 2019.

Avatars enable you to share a range of emotions and expressions via a digital persona that’s uniquely representative of you, so we’re excited to bring this new form of self-expression to more people around the world. There are so many different ways you can use your avatar including in comments, Stories, Messenger—and soon text posts with backgrounds, too. With so many emotions and expressions to choose from, avatars let you to react and engage more authentically with family and friends across the app.

If you want to try out the new Avatar, then you just click on the smiley button before clicking the Sticker tab and there will be a new option that says “Create your avatar” and if you’ve ever made one on your iPhone (Memoji) then this shouldn’t be too much of a task for you. Meanwhile, let’s know your thought about the new Avatar system if you’ve used and seen how cool it can be on your Facebook account. But don’t forget to follow us at the same.

The company uses it's user's data to retarget them with ads

The IM had seen a sudden spike in its user base after Elon Musk tweeted support for it.

Facebook announced on Saturday that it will be banning advertisements for weapon accessories and protective equipment in the United States with immediate effect until at least two days after Joe...

FTC and 46 other attorneys general hope to break up Facebook

Facebook, the social media giant continues to find itself in hot waters especially facing one of the biggest antitrust lawsuit in history which could get it to sell off its...

Grab any of the Teclast F7 Plus, F6 Plus and F5 with big discount