Facebook wants your data, but this is how to keep it safe

by Ret SILO
in BP-Hack
1

So I decided to go on Facebook and look at my older accounts to check if they’ve been deleted upon my request to the company but to my amazement, they’re still lurking there. I lost those two accounts back in 2013 and 2015 respectively because I couldn’t supply Facebook with what they requested that I produce which was my National Passport. That was way over the top so I stopped using the platform for quite a while until I went back later on in 2017.

But that’s not the story. The main point I’m trying to make here is how lots of your data are stored on this big fat social network’s Database but then it’s not Facebook’s fault, it’s all your fault that all your information can be easily accessed online through the platform because you didn’t take the necessary measures to ensure your data security.

Facebook’s purchase of Giphy might just raise another antitrust campaign

Facebook had grown from what it used to be. It’s now comprise of Social Networking, Ads Network and in fact, it’s a political tool to attack and silence people online. Facebook had now turned itself into the big eye that follows you everywhere you go. They have systems that tracks everywhere you go, which website you visits and so on and so forth.

Of course Zuckerberg isn’t that big robot that is data hungry and monitoring people in their secrecy…The essence of these tracking systems is to allow Facebook to tailor ads to you…Well, thanks but no thanks. Facebook had grown so much that we even think they listen to whatever we say. Some tests conducted by other news reporters showed this to either be true by some or false by others. But what is all this data all about anyway?

According to tech experts and privacy watchdogs, Facebook is likely watching you and listening to whatever you’re saying.

“The funny thing — well, funny in a perverse way — is that the truth is a lot scarier than the myth,” said Serge Egelman, a privacy researcher at the International Computer Science Institute.

With the service consistently following you everywhere you go even if you delete your profile from it’s platform. But there are few ways by which you can limit what Facebook gets from you. Let’s examine those options below.

YES! You can limit Facebook’s access to your data and information by simply limiting what it does know and use about you by logging on to the platform and restricting what it can use about your information. To do this, you Head to the Settings page and then click on Ads from the Horizontal rail on the left, you can then look for “Your ad preferences” and click on “Ads Settings”

Under “Ads based on data from partners,” you can select to opt out of seeing advertisements based on data from companies that had partnered with Facebook. A good example of that would be when Facebook tells you that “you may see ads for hotel deals if you visit travel websites.”

You can also limit what Facebook knows about you by limiting the number of information you give by yourself via the profile page. Your home address, your checkins, your preferred movies, favorite movie, TV shows, your relationship, your mobile number, your office address, your URL, Age, Sex, religion, Gender, Language and so many loads of information that you might have “Ignorantly” handed over to Facebook which can be used to supply ads network to target you with endless advertisements.

We all knew how bad the Cambridge Analytica scandal went down and how it took Facebook along with it because Facebook simply feeds the company your data. Although Facebook after the scandal had tried to restrict third-party applications that uses people’s data but then it would be smart to see your setting in order to manage properly what gets out to these third-paarty apps.

To do this, you log on to your account and then Head to Settings page and then choose Apps and Websites. The next thing you will see is a list of Apps and Website that you’ve authorized or used to login using your Facebook account. What can be done here is to remove those third-party applications you do not use again or platforms you no longer visit.

Below that is a section where you can pull out the big guns and cut off all access to your Facebook account from third-party apps. Under “Preferences,” find the section that says “Apps, websites and games.” Choose “Edit” to turn off access to your account.

As said earlier, you should completely delete those Third-party apps and websites if you no longer want to use your Facebook account to login to them any longer. What happens next is you lose your account on those websites and apps and won’t be able to either login or post comments.

3. You can use other Blocking services online

You should also note that using this feature reduces your usage of Facebook as a tool for communication and interaction outside of the Facebook website/Network. A good example of that will be your inability to use the Facebook likes and Comments on third-party websites that uses them and you won’t be able to login using your Facebook account to third-party websites…all those features will be limited to Facebook website itself.

Another way to secure your privacy safety from the information hungry Monster, Facebook is to limit how much the platform knows about those around you. These could be friends, co-workers and even someone you stumbled upon during your last trip in the Metro bus.

The best to do is to stop Facebook’s access to your location and how will you do that, turn off your location on your smartphone and deny that access while using your Computer. How do you do this on your Android phone, Swipe down the notification center, and click on the notification Icon to turn it on or off. (When you turn it off, it’s color goes grey or at least blend up with other disabled features icons color. But if you’re unsure, long press the icon to open the setting to toggle it back off.)

While the aforementioned technique is very great, some applications will also need access to your location to function well. For example, Paypal application or Google Map. But even though, your IP Address will still reveal your location to the website that you have visited and Facebook app will use those information.

SO WHAT DO YOU DO? Hide your IP address using VPN services. There are a number of awesome VPN applications both paid and free/trial applications that works awesomely to securing your cyber safety and data from Facebook.

FYI: A Virtual Private Network or VPN servers as a cyber mask under which your main internet protocol address can hide. So you can be surfing Facebook in Jo’burg, South Africa and Facebook would think you’re in Adelaide, Australia.

But one thing for sure is that you’ll be needing to constantly verify “It’s me” everytime your IP location address changes. Facebook’s system would think it’s some hacker trying to login to your account. So when choosing your VPN service, select the best that at least doesn’t change IP Address every 2 seconds. And lastly, don’t be surprised that this time around, you’ll be seeing ads targeted at users in Adelaide instead of Jo’burg users in South Africa. After all, you’re virtually in Australia.

5. How about Exiting completely

You can just avoid using the Facebook mobile application on your smartphone altogether which stops the service from adding your contacts to the information it already has about you.

And believe me, it’s as if there isn’t going back with other Facebook acquired platforms such Insatgram and WhatsApp. The company even went on to say it would merge all the platforms together so you can cross-use them as though they’re one service…Unless those services are very important to you, you might want to QUIT them as well by simply deleting your accounts from them and exiting the Facebook grips altogether.

But it’s as if you’ll forever be exploited of your data even if you make it alive from Facebook. Other services like Google, Microsoft Bing, Yahoo are still there to track you even though the latter aren’t as data hungry as Facebook and Google.

According to a Computer Science Professor in the Northeastern University, David Choffnes who studies apps and privacy said Facebook is just the most visible ad network.

You can switch completely to alternatives like WhatsApp for Telegram, Google for DuckDuckGo, Facebook for VK or just stay completely off the grid as it might befit you.

Ret SILO is a senior tech journalist at BrumPost reporting on anything high tech and tutorship on basic tech hacks and how to. SILO is an avid tech gadget lover and a car freak 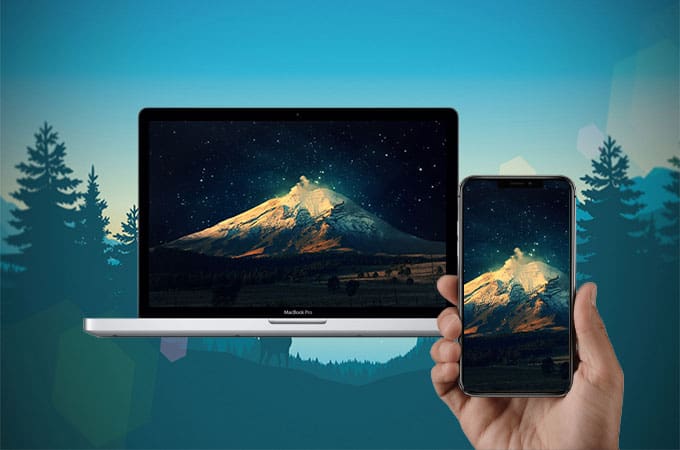 Here is how to easily AirPlay your iPhone to a PC

Just in case you wonder about how you can go about making your iPhone AirPlay to your PC in the easiest way possible, then you can easily learn about that...

Everything you should know about washing reusing your face mask

You can get the Microsoft Office 365 for free

Yes you can use Face ID without removing your mask