Also would be powered by a Qualcomm 5G band receiver 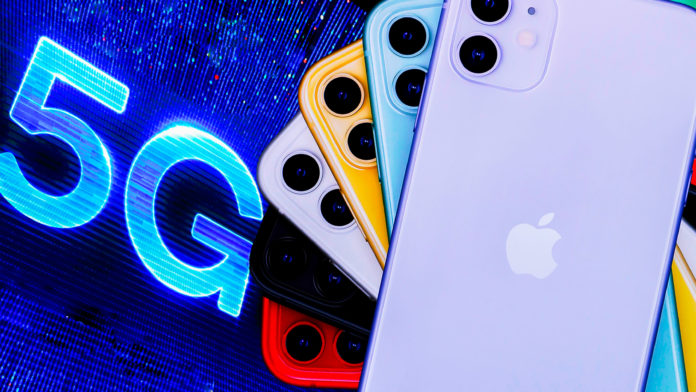 One obvious exclusion from the nicely built iPhone 11 is the 5G network which appeared to be a turn off for some even though 5G isn’t a global phenomenon yet. Even Google didn’t bother to include this in the Pixel 4 series.

While other companies like Huawei, Samsung and Xiaomi might have embraced the 5G network while including the radio receivers in their smartphones, that’s not to say that’s what Apple wanted to deal with with…at least not yet.

But the fact is that an iPhone with 5G network is coming in 2020 and according to a report by Nikkei Asian Review, the company is already gathering suppliers in order to ship a large number of smartphone by 2020 and these devices will be powered by the 5G Modem made from Qualcomm.

Here is why iPhone SE might be 15% cheaper in India

New iOS 13.5 update allows you to use your face mask with iPhone FaceID

Another news about the Apple iPhone 9 or SE2

Apple will then be combining it’s efforts with Qualcomm in the the next generation A14 Bionic SoC alongside the Snapdragon X55 modem chip which makes sense. Even rumors has it that the Apple A14 Bionic chip will be the first Apple’s chip with the 5NM technology hat would mean Apple had is in good terms with Qualcomm if you n remember their bad ol’ dispute.

The transitioning of the A14 Bionic chip from 7nm to 5nm is going to allow room for more technology on the relatively same surface which will make the chip more efficient in handling bigger tasks such as the 5G as an exaple.

Although that of Apple might not be the first to feature the 5nm technology as reports has it that Huawei when releasing it’s next-gen Kirin processor might feature that same technology pulling Appl A14 Bionic to number two.

Do’t forget that in 2018, Huawei beat Qualcomm to the punch with the world’s first 7nm chip, the Kirin 980. Then this year, the Kirin 990 was the first chip to embed a 5G modem, among many others.

In another news, Apple’s fourth-quarter 2019 earning saw a record $64 billion in revenue which up 2% it’s YoY increase in sales even though the sales of iPhone had continued to suffer due to the large amount of smartphones pouring out to the over-competitive market every year.

Even though Apple also revealed that it has set a new Q4 earnings record in India and several other markets, including the US, Brazil, and various South-East Asian countries.

What we can debate on is whether the sales of a 5G smartphone will increase the sales of the iPhone come 2020 even though there are lots of Apple fans that are die hard and would always purchase whatever it is the company has to sell.