My biased opinion of the controversial film 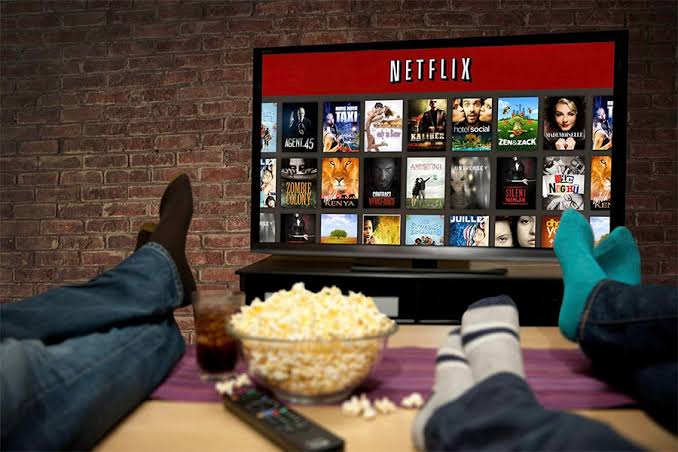 Numerous Netflix subscribers have cancelled their subscription on the service due to the controversial French fil, Cuties. The movie had been facing serious backlash from people from different sides of the political spectrum online expressing their disgust and how predatory the film had been as it exploited little children into exposing their body in the film and so requested the film be pulled down.

In fact, there is the #CancelNetflix hashtag on Twitter which is trending and had caused the highest outflux of subscription cancellation on the streaming service. This definitely showed the power of the cancel culture on what internet users don’t deem fit to be appropriate.

But considering the fact that the movie itself is meant to trigger people, it is successful in doing so causing people to boil down in anger. The film which stars kids dancing in tight-fitting clothing in sexually explicit manners demands the attentions of the general public about what is still the norm and what isn’t.

What disgusts me the most is the statement which the author of the movie Maïmouna Doucouré made about her wanting to make a film which is meant to start a conversation about the sexualization of children. But no, this isn’t how you make such movie.

While this post might seem more of a rant than a normal article you would read on Brumpost, the fact remains that hiring kids of the actual age being portrayed in the movie to play the explicit role is degrading and showed the intent behind the movie making me feel there could be far more to it.

Although the movie was accepted in France but do we always to go about everything as being “race and gender motivated?” What about an interview or some sort of docuseries or maybe the roles being played by adults who can be miniatured into kids.

What Miss Maïmouna Doucouré doesn’t understand about the rage of people online is the fact that those roles were played actually by kids. The fact that the world is dealing with pedophiles right and left is true and there is the need for the society to stand up against this horrendous behavior and bring culprits to book.

She was definitely able to get everyone’s attention with the movie but as she said, “The movie has certainly started a debate, though not the one that I intended.”

Cuties is “Horrendous” don’t watch it

The backlash about the movie isn’t just about some anonymous internet user ranting but something that had concerned everyone including politicians who deem it fit to take actions. A good example of that would be the Republican congressman who signed a letter that called for the Department of Justice to prosecute Netflix executives on child pornography charges for the release of the film.

The same goes for the former Democratic presidential candidate Tulsi Gabbard who wrote on Twitter her opposition of the film stating the film will play a role in the proliferation of the child sex trafficking industry.

One bad thing though is the fact that Netflix never pulled the movie and the attention it got from everyone had placed it in the top 10 on the Netflix’s most streamed movies because obviously, those who heard about the movie will be inquisitive enough to want to see it and judge for themselves even Maïmouna Doucouré advised you see it first.

But seeing it myself, first, the plot sucks from my critical standpoint and there were so many unnecessary cuts and excessive show off of the kid-casts flashing and twerking on the screen which in most cases would last longer than you’d expect as though it’s being intentionally done except it is.

But the bad thing about not pulling such movie down is the fact that it further feed into those who actually exploit little children for their own self pleasure as well as child sex trafficking which is one of the biggest problems the world is dealing with aside the COVID-19 pandemic.

I’m really not the only one saying Cutes is horrifying so don’t watch it because it will haunt you in your sleep. The universal negative rejection of the movie is a great applaud showing that the world still see child predation as a big evil deed which needs to be dealt with severely. Go anywhere be it YouTube, Facebook, Instagram or Twitter, people are there criticizing this film and how bad it is.

But in the middle of the heat is Mr. Max Karson a 35-year-old YouTuber who published a positive review of the film back in September 10th and what would you expect, he got a big backlash for that. The video in which he reviewed the Cuties got about 250K views with the dislike amassed being some 76K over 1K likes.

“I’m trying to have nuanced discussions on a platform that isn’t very nuanced,” Karson said in a phone interview. “That’s why my channel is running into trouble.”

But my rant aside, the general public is somewhat divided on the opinion about whether Cuties is a good or horrible film. In the case of Karson, he’s seen as defending it so he suffered the same fate as the film and he’s seen as one of the film’s defense task force. Even though we all humans do have varying opinion and to some degree, morality can be subjective what is wrong is still wrong.

I want to believe that anyone who support child pornography or child exploitation should face legal penalties simple as that.

“Creators are scared, and YouTube, Twitter, and Facebook all sell confirmation bias. Most creators are trying to tell the audience what they want to hear. To me, a creator’s review of the film, especially if they haven’t seen it, is a reflection of what they view is the safest take they can have,” he said. “They try to dress up their takes to be interesting and creative… but underneath that is a lot of fear of being seen as weird or different.”

Karson might be right definitely but as a society, I want to believe that it’s our collective responsibility to defend and protect our little children who don’t know anything.

Anyone raising a child would tell you that kids always behave as though they know everything because their teacher taught them so. In this case of a film that is rated “MA” (Mature audience only) but played by children, I mean come on this is a plain black and white without any grey.

A good wake up call to the horrifying things being done to children through movie portrayal is not a bad thing. There are movies about slavery, wars and pandemics but you don’t go ahead and kill someone intentionally in a movie in the hope to create a conversation about “people killing people” because that’s how I can rationalize the idea of miss Maïmouna Doucouré wanting to start a conversation about children being sexualized.

I believe in the case of kids, especially in explicit situations, they should have been played by adults, use CGI or whatever means possible to pass the message across this is how you know a truly talented director and film makers.

Automatic robot vacuum cleaners are great devices which anyone looking to own a smart home should consider. One thing for sure is that not everybody have the will power to...

How Biden winning the Presidential race could affect the tech industry