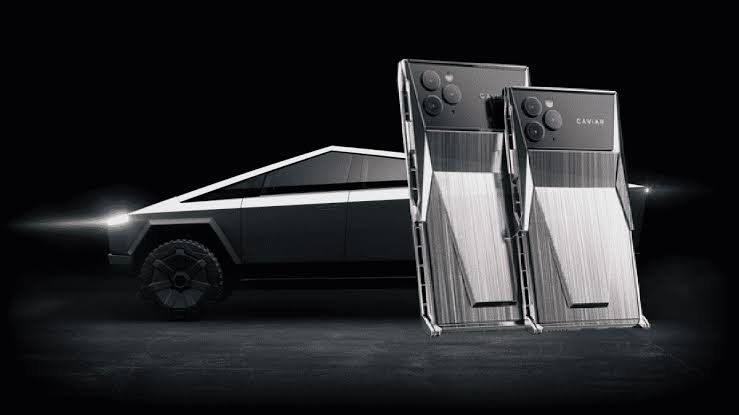 When Elon Musk unveiled the Cybertruck last year it was loved by people like me while others trolled the car meanwhile, gate it or not, the genius design is meant to take a radical direction from tradition car design into a more futuristic approach which will enhance future growth of green vehicles.

While the Cybertruck had raised lots of conversations from different forums throughout the Internet, one obvious company it influenced was Caviar, which is known for always designing luxury smartphones and gadgets alike.

And voilà, the “Cyberphone” which is a modified iPhone 11 Pro which the company hopes gets noticed as well just as the Cybertruck itself.

Elon Musk drove the Cybertruck on the street

Will the Tesla Cybertruck fit well into your home garage?

Normally I wouldn’t call this some attention-seeking company that wants to make headlines on mainstream newspapers globally but instead a company that’s just making luxury customization to match up with a suitable lifestyle which is portrayed via technology.

So if you wonder what the Cyberphone is, it’s made from the iPhone 11 series using the angular exterior designs of the Cybertruck. It also come with some really cool design aesthetics as well as angles that makes it look like the Cybertruck.

The Cybertruck itself won’t be on public roads until maybe 2021 or 2022 which means there would’ve been some newer iPhones (maybe iPhone 12 and 13) taking over from the current iPhone which means you might not natch up with the time if you have already pre-ordered a Cybertruck and want an accompanying Cyberphone.

And speaking of the design, it’s screen is covered by a titanium plate which flips down and around the back that can then become a kickstand for the device. This can be a great utility if you’re in the office or a meeting or making a presentation or whatever you’re doing with the device. But most importantly, it serves as a protection for the front display of the iPhone 11 series built within the Cyberphone chassis.

Caviar will only build 99 Cyberphones and will sell you a 64GB unit based on the iPhone 11 Pro for $5,265. If you want the Max version or more storage, that will be extra cost.